Wow, what a month!
I'm not going to lie, it's been hard with 2. But I have to say we're managing pretty well.
Jett turned ONE MONTH yesterday, and can't believe it! I know I wrote that he was the perfect baby...well, he completely changed about 2 weeks after he was born. He would have these painful sounding cries and screams for hours and wouldn't take naps longer than an hour at a time. It was wearing on me, but I had to get to the bottom of this. He hasn't been diagnosed or anything, but is a little colicky. However, it makes it that much worse if I drink/eat too much milk or cheese...Let's just say the Outback cheese fries I ate made for a rough day. He loves his vibrating bouncer, the swing (on the highest setting), and being in the moby wrap. Those three things have him finally taking longer naps. Other than that, he really is a happy baby. If he has no gas, a clean diaper, and is full- he will just lay on the floor until his next nap. I have successfully gotten one real smile out of him. I can't believe how small he is compared to Brody. Jett is wearing all the newborn clothes that never fit Brody, however I don't have very many...so I'll be happy when Jett can where something other than pajamas and onsies. haha. He is a sweetheart and is pretty laid back. He is just fine with how rough Brody is with him. He LOVES to watch Brody. These 2 aren't copies of each other, but they sure are brothers! We are headed to the pediatrician's tomorrow so I will get his stats on here as soon as we get back! Enjoy the pictures! 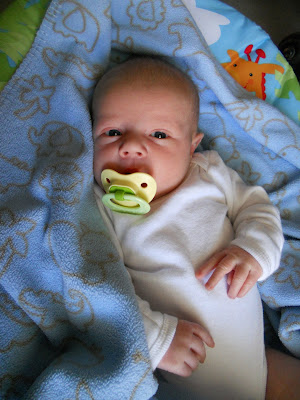 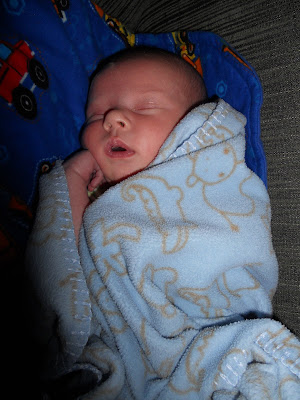 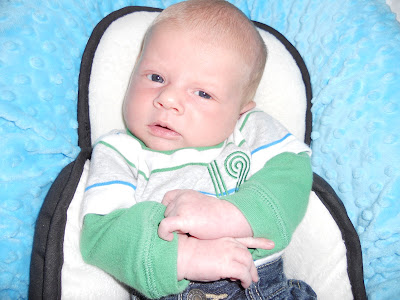 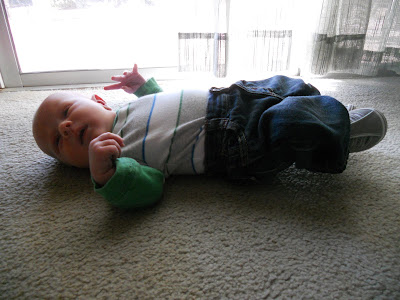 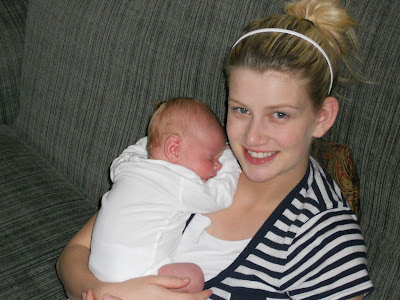 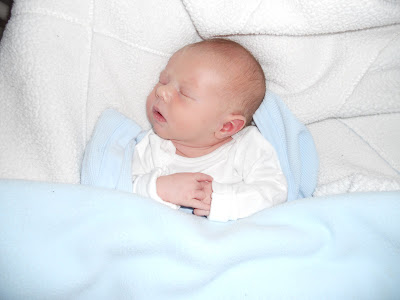 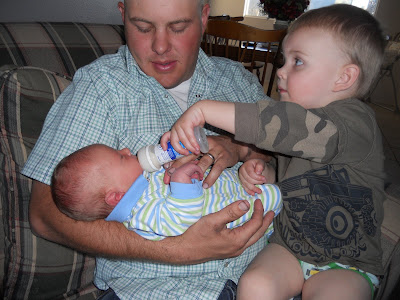 Brody turned 2 1/2yrs yesterday! Brody is a really good help, most of the time- when he wants too. But I can always count on him getting me the diapers and wipes. He love to go to work with his daddy. I can't believe how old he looks! He is still my baby though. He comes up with the funniest things! He's been obsessed with Finding Nemo, and of course his favorite line has to be, "I'm obnoxious," and he will say especially if he knows he is being annoying. I sure do love him though.
Lance is doing so great too. The business is going great. We had a little incident last week and had some men steal some equipment from our yard, and other businesses around us. Well, Friday they caught the guys, as they were coming back to steal more- during the day(idiots). Well, Lance had to go down and talk to the police and file a report. Come to find out, the next day these two men showed up in the newspaper and on the Tucson news. Tucson had to send their bomb squad down, because they found 7 pipe bombs and a meth lab at their house. Crazy people! Well, they were able to recover some of the other companies equipment, but none of ours. Bummer. I'm just grateful they caught them!

I think Jett looks just like you. Brody is a clone of his dad. We couldn't be happier for you guys!

He's adorable! They grow so fast, it's crazy!!

Oh chelsea, he is SO adorable! I'm so sorry you're having to deal with colick- I'm pretty sure Tyce was colicky too. It's so hard! But thankfully, they get over it and it gets easier! Yah! :)
And bummer about those scumbags stealing stuff! That makes me so angry! But yes, good thing they at least got caught! 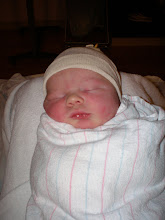 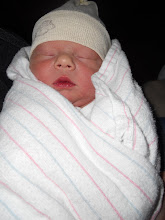